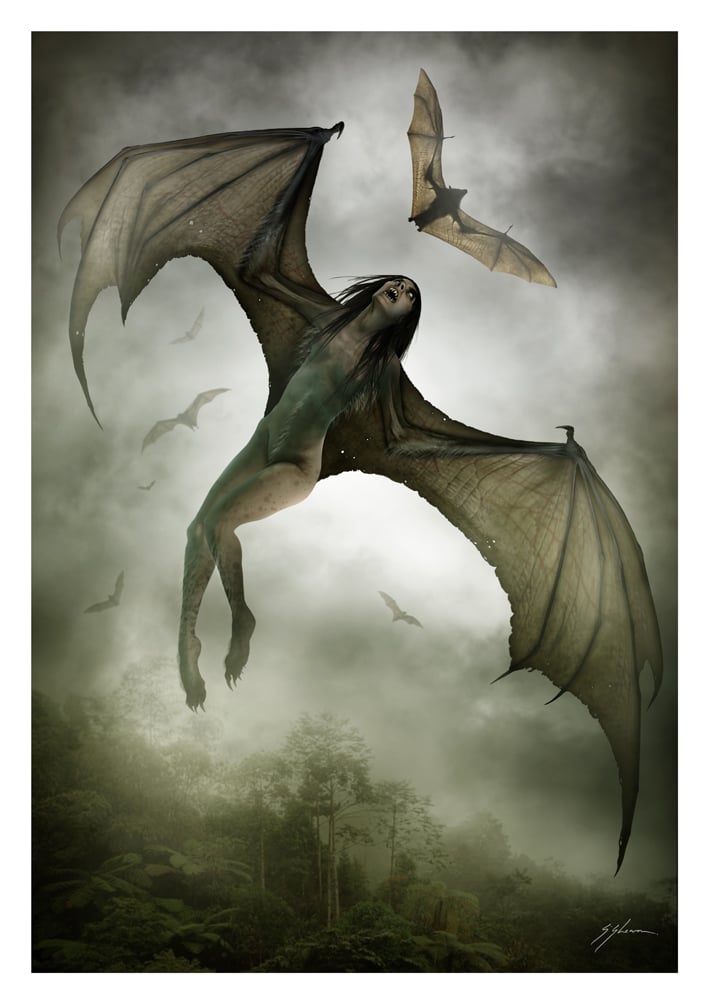 The Winged Woman of Vietnam

This vampiric looking winged woman was seen by three American soldiers who were serving as a privates in the marine corps in Vietnam, in the summer of 1969.

Described as dark skinned but with a green tinged glow to it, this winged-woman swooped down and over the soldier's heads, getting as close as six feet away at one point... They watched her for three or four minutes until she flew off into the night.

Be sure to check out the other 'Cryptozoology' prints in this store!