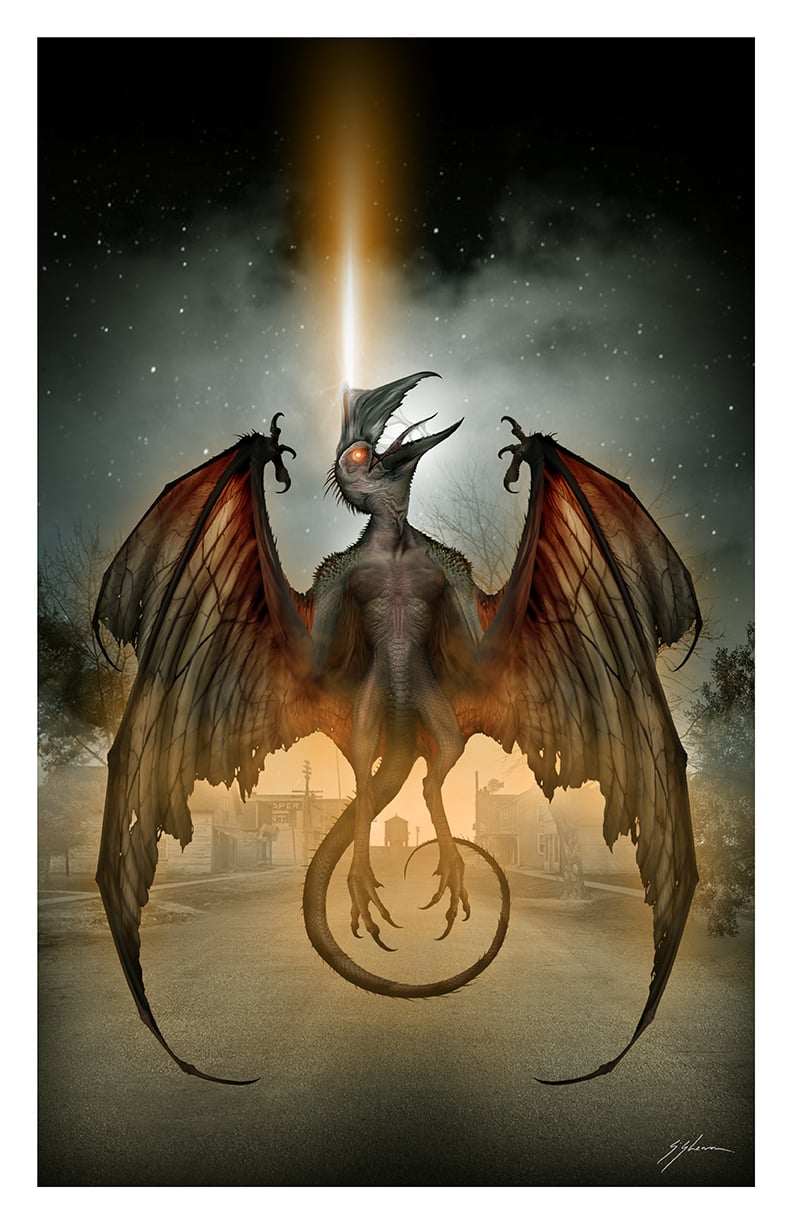 As featured on the cover of David Weatherly's book 'Monsters of the Hawkeye State: Cryptids and Legends of Iowa'. (Available on AMAZON).
The Van Meter Visitor is now available as an 12" x 18" print, signed in silver.

In October of 1903, the small town of Van Meter in Iowa was witness to the visitation of a strange unknown creature...

A number of respected community members spoke of a strange bat-winged creature that haunted the town, over a number of nights over the course of a week. The beast was described to have huge bat-like wings, it was also said to give off an awful mind-fogging stench, wiping the memories of some folk... But the strangest part of the tale speaks of a beam of light that was projected from a blunt horn on it's forehead!

It is said that several of the local townsfolk fired upon the creature with their large guns, though this did not appear to cause any harm to the beast.
Tired of the torment from this creatures nightly visits, a few of the townsfolk got together one night and followed the creature to an abandoned coal mine. There they were confronted by not one, but two of these strange creatures. Both of these strange 'animals' turned and disappeared down into the darkness of the mine as the men opened fire... the 'visitors' were never seen again.

Modern reports as recently as the 2000's have reported similar creatures in the area being sighted by several different people. These reports might suggest, that the Van Meter Visitors have never truly left!

Be sure to check out the other 'monsters' in this print store!
For more news and updates on other releases, be sure to sign up to the mailing list and all other social media links via: MisterSamShearon.com