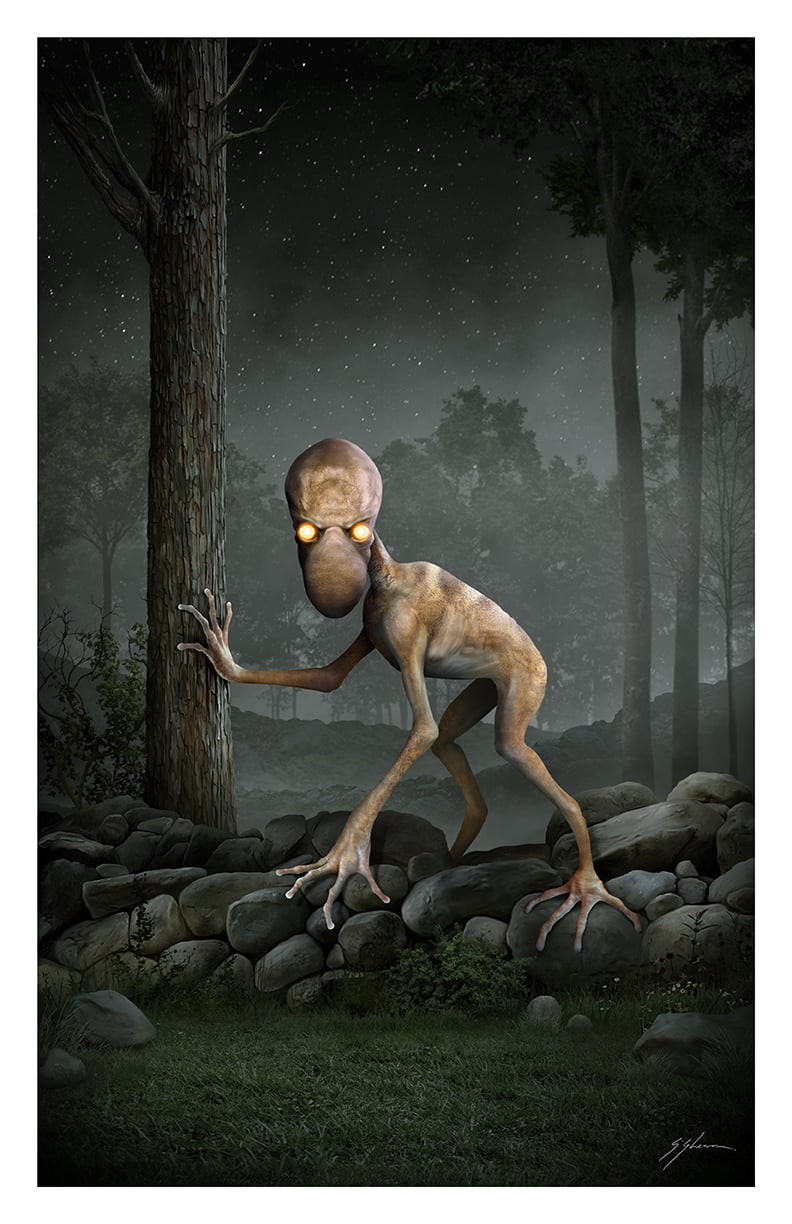 On the 21st of April in 1977, William "Bill" Bartlett, who was 17 at the time, made the claim that while he was driving, he saw a large-eyed creature "with tendril-like fingers" and glowing eyes on top of a broken stone wall on Farm Street in Dover, Massachusetts.
John Baxter, who was 15 years old, also reported seeing a similar creature on Miller Hill Road that same evening. Abby Brabham, also 15 years old, claimed to have seen the creature on Springdale Avenue, the following night.
The teenagers all drew sketches of the alleged creature. Bartlett wrote on his sketch, "I, Bill Bartlett, swear on a stack of Bibles that I saw this creature." According to the Boston Globe Newspaper, "the locations of the sightings, plotted on a map, lay in a straight line over 2 miles".
It has been suggested that the creature could have been a moose calf or perhaps even a horse foal. Local police told the associated press that the creatures reported by the teenagers "were probably nothing more than a school vacation hoax."
Loren Coleman who interviewed all witnesses at the time, coined the name 'The Dover Demon' and to this day, quite rightly maintains that this 'creature' is still considered to be, an 'unknown'.