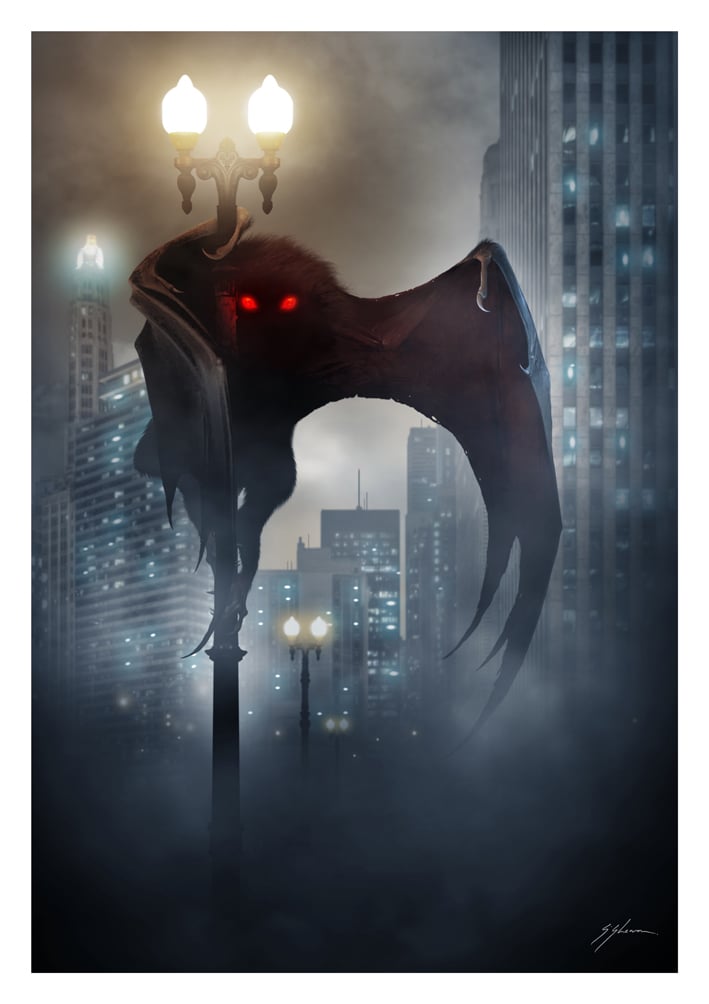 Though similar to it's cousin in West Virginia, this 'Mothman' is considered to be quite a different animal... Described by many as more bat-like, perhaps even more humanoid, gargoyle-like and even demonic.

Reports of this creature first began in 2011.
Seen by a growing number of witnesses to this day, this winged phantom seems to haunt the city of Chicago by night, swooping between buildings or hanging from lamp-posts... But are there more than one...?
The one thing that catapulted this cryptid's 'Mothman-nickname' into circulation, was it's large glowing red eyes!

Be sure to check out the other 'Cryptozoology' prints in this store!