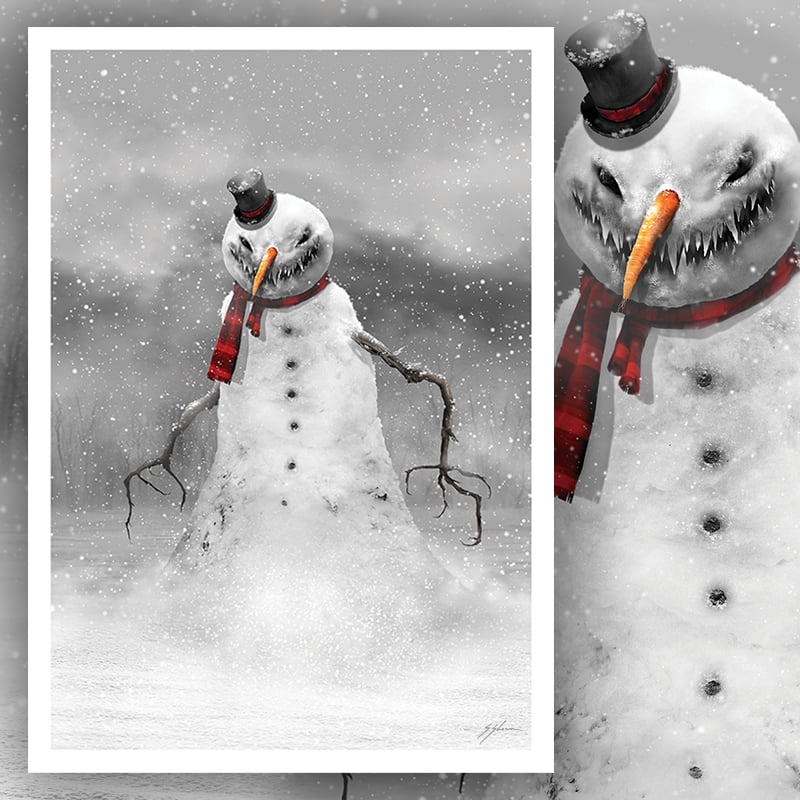 A huge snowman built by the most ambitious townsfolk comes to life when the spirit of a missing man, who'd been forgotten, rises up from the snow he's buried in beneath!

As he moves through the deep swathes of snow before him, the Snogre gets larger by gaining more snow on his body... as he grows in size he replaces his arms made of branches with larger and larger ones to match his dimensions...

He eats other snowmen in his way, again further adding to his size.
He might change his hat or scarf along the way... perhaps even a new nose now and then...

Fire and the mid day sun are his worst enemies!