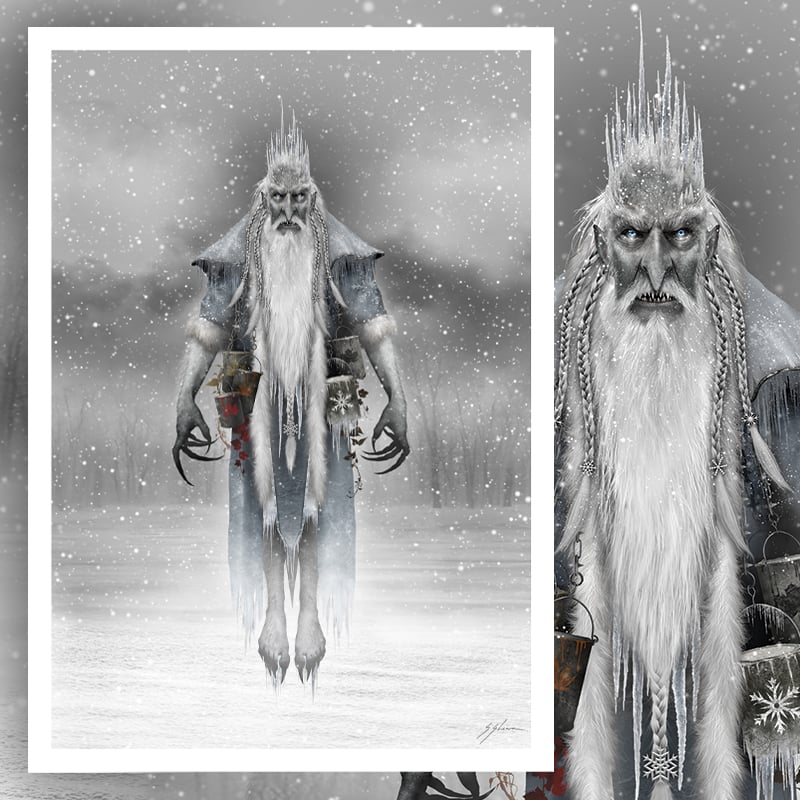 The king of frosted windows and hardened ground, the painter of leaves... the bringer of winter!

He's known to some by different names, but he's not to be confused with ice giants or little 'Peter-Pan' type ghost-boys...
He's the pause button of time itself... he stops the flow of rivers... he sees autumn through to it's end game... The blackener of trees... the killer of disease!

Some say his origins are frozen in time itself... in both England and the United States... but his chill can be felt the world over!

He's said to stop the hearts of the cruel with a glare of his frozen gaze...
Those cold-hearted folk never last through winter too long!