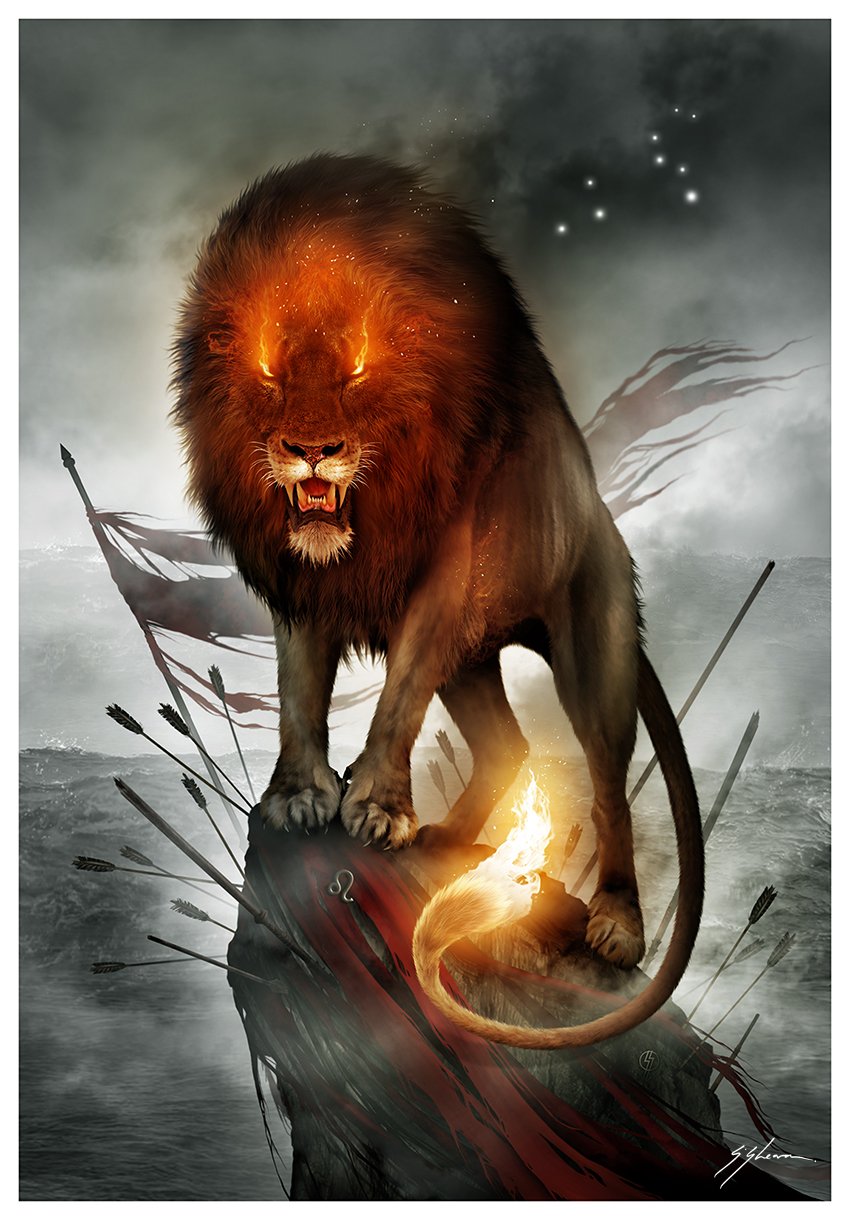 The constellation Leo is associated with the mythological Nemean lion.

The Nemean lion was a vicious monster in Greek mythology that lived at Nemea.
It was eventually killed by the Greek hero Heracles during his twelve labours, slaying the beast not by any blade but by strangulation.
It could not be killed with mortals' weapons because its golden fur was impervious to attack.
Its claws were sharper than mortals' swords and could cut through any armor.
Heracles used one of it's own claws to skin the beast, to then wear it himself as armour.

Leo is a fire sign and is the opposite to Aquarius.

The eighth work in my 'HORRORSCOPES - The Dark Zodiac' series.
Available now as a print measuring 12" x 17".
Signed in silver ink and delivered in a reinforced black tube -