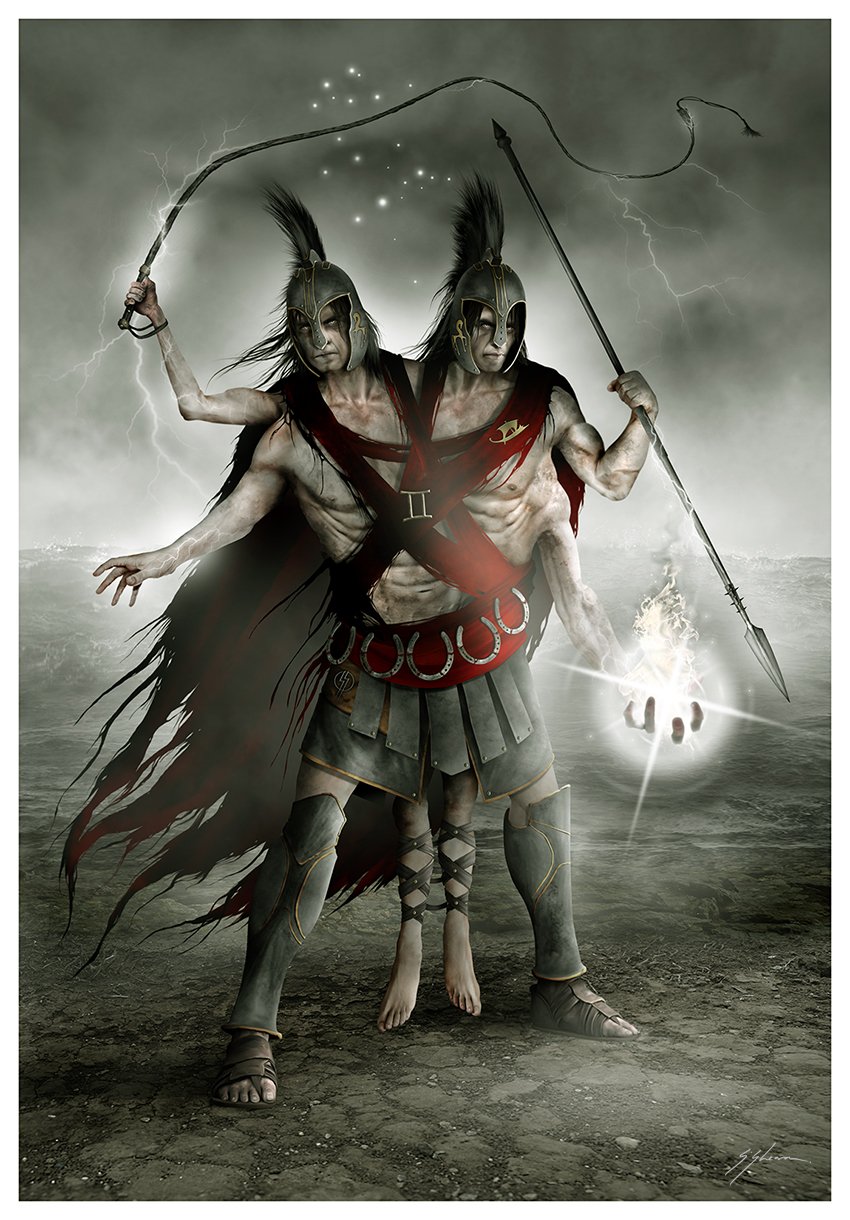 Their mother was Leda, but they had different fathers; Castor was the mortal son of Tyndareus, the king of Sparta, while Pollux was the divine son of Zeus, who seduced Leda in the guise of a swan.

Semi-divine figures, they were credited with the role of saving those in trouble at sea or in grave danger in war and were particularly associated with horses and sports. The pair were regarded as the patrons of sailors, to whom they appeared as St. Elmo's fire.

'HORRORSCOPES - The Dark Zodiac' series.
Available now as a print measuring 12" x 17" approx.
Signed in silver ink and delivered in a reinforced black tube -
All prints are shipped in batches on a monthly basis.