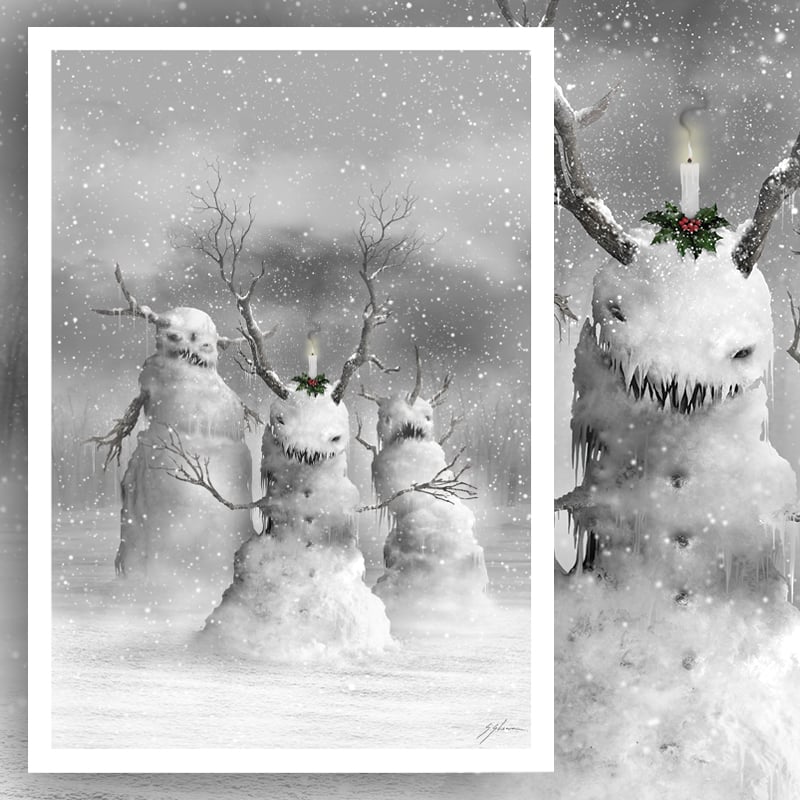 Otherwise known as the snow-folk or snow-people... hosts of the souls of the frozen dead and the spirits of those who were never human!

They only move when you're not looking at them... but when they do, they're as swift as a snow drift!
Their limbs made of branches may sway in the breeze, but their bodies stay fixed in position until you blink! ...Turn your back on them and they're likely to throw a snowball at the back of your head!

...Should you see one with a candle resting atop it's head, blow it out, to release the dead!