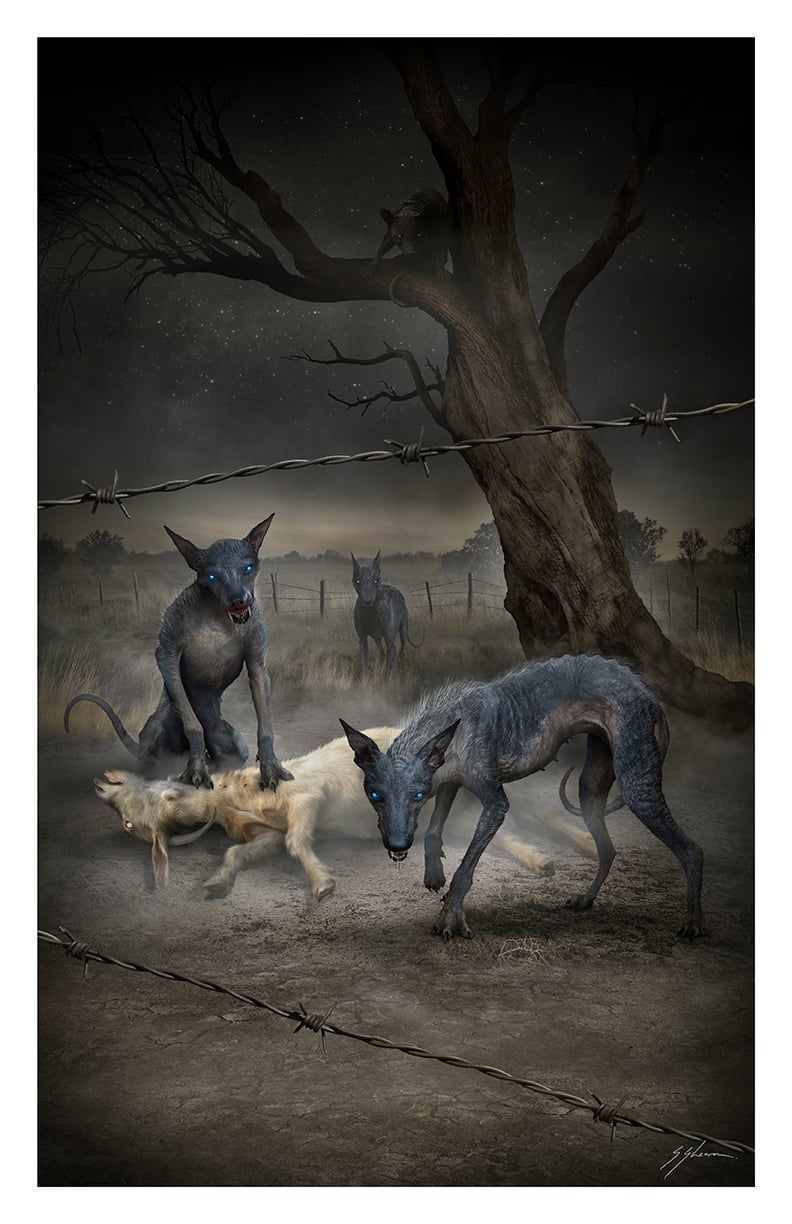 The Blue Dog CHUPACABRA-(Spanish for 'Goatsucker').
Also known as the 'Texas Terror Dogs'...

*This product listing is for the 'Blue Dog Chupacabra' signed print only.
(Please see other options in the store to buy all three together).

VERY different from the more 'traditional' chupacabra as seen across Puerto Rico and some parts of mainland North America. These mystery canids are quite different indeed. So much so, that they're to be considered 'chupacabra' in name only, (due to their livestock killing behaviours), ...and by some, to not be considered as such at all... But instead, to be a far more tangible animal, (with both video evidence and even physical bodies available for examination)-
Albeit are as yet to be fully explained and in that sense, can be classified as a 'true' cryptid.

So what are they...? Simply hybrids... or mutants due to pollution...?
A government experiement gone wrong... or something from beyond the realm of the natural world? Supernature in full swing... life finds a way.

These strange monstrous cryptids are yet another version of the 'chupacabra' phenomenon.