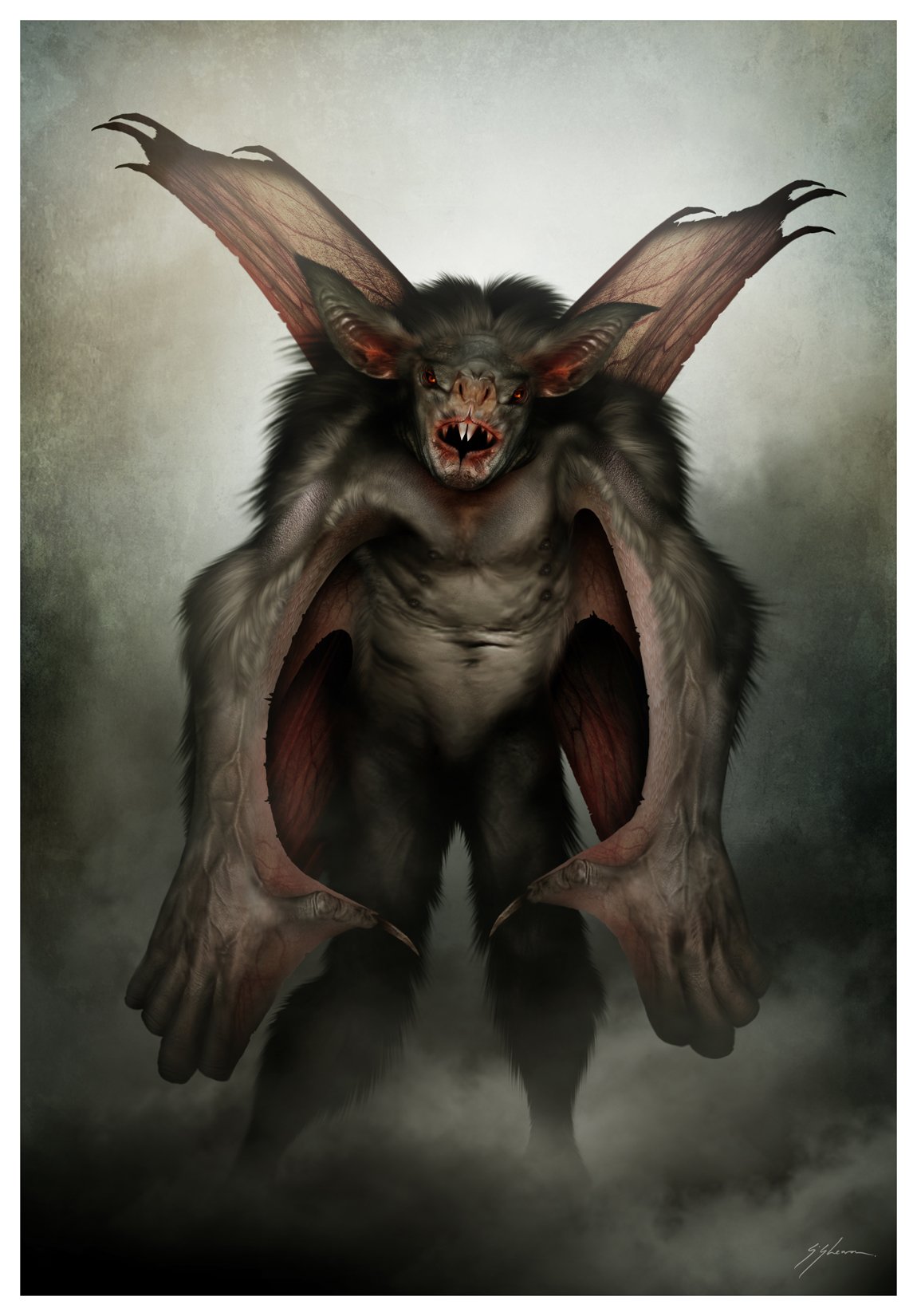 Much like the many varieties that can be found among the vast number of species of bats throughout the globe, descriptions of the 'Batsquatch' or 'Bat Ogre' vary, with many differences in their facial characteristics. Some more wolf-like in the face, others more ape-like... known by many names, one thing is for sure... they're big!
These beasts are said to be around nine feet tall... occasionally described as having a blueish tint to their fur.
These creatures are said to exist throughout the world most notably in Asia though some have been sighted in the Pacific North West of North America, giving rise to it's Western name 'Batsquatch'.