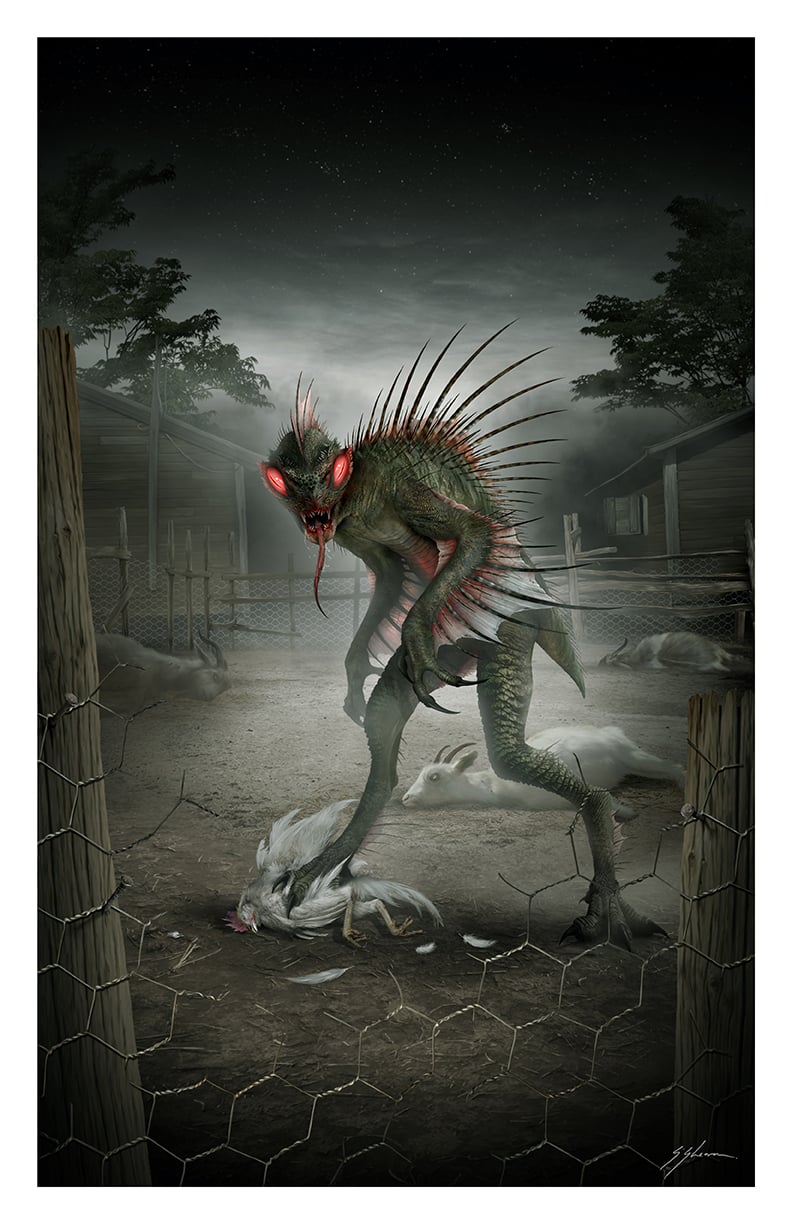 *This product listing is for the 'Alien Reptile Chupacabra' signed print only.
(Please see other options in the store to buy all three together).

Witnesses from both Puerto Rico and mainland North America, describe a creature not unlike a cross between a 'reptilian-fish-man' and a greenish, red eyed 'grey alien' with vampire like attributes and behaviour... though many witness descriptions vary, some more insect-like, others more human and others demonic.

Reports of farm animals being found dead and seemingly drained of blood, with puncture wounds on their necks, still happen to this day. Yet witnesses seeing this strange creature actually in the mass-slaughtering act, are few and far between... If ever seen, they're usually fleeing into the darkness!

Some believe these sightings to be nothing more than the mistaken identity of known animals passing by, such as porcupines or even owls ...and that the true culprits, to the actual animal mutilations, are simply wild dogs.

It's often said that these sightings are just the products of wild imagination mixed with the fear of the dark and the unknown... Others maintain there's an unknown creature out there... perhaps a mutant due to pollution or an escaped government experiment... some kind of hybrid... or even an alien visitor from another world!

This strange monstrous cryptid is yet another version of the 'chupacabra' phenomenon.